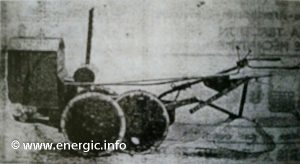 Finally uncovered a photo of an Energic motoculteur/prototype with plough. From the height of the bonnet, it was an OHV, overhead-valve, moteur. More than likely the engine found in the Energic motoculteur type G9, the 500cc Chaise OHV available in 1927/1929. These motoculteurs were of a 4 wheel drive system, with solid disc wheels, With its overall width approx. 40cm – which was the standard width/distance between the rows of vines. Also within the design was a blockage system, to prevent wheel slippage, which operated by locking opposing wheels on opposing axles. 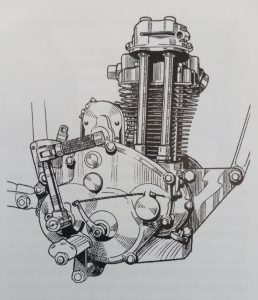 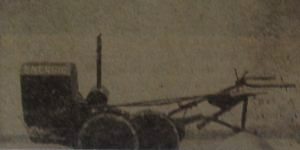 Operation/Gears. 2 levers operating- forward/back and the other 3 gears.

Wheels/drive. Solid disc construction, with the front set being wider than the rear. For weight distribution and drive on all 4 wheels.

Fuel tank. Integral under the bonnet.

Equipment. Plough suspended by an independent arm from the chassis.

Mr Patissier was contacted by a friend/viticulturist who purchased an early motoculture from Paris in 1929, who unable to successfully run a new type of motoculteur and was frustrated by its limitations. Mr Patissier analysed the machine, and it became evident that it was impossible to modify sufficiently to increase efficiency and to overcome the problems inherent in this basic design. So he set about constructing from a new base design a limited range of motoculteurs that would be more suited to the purpose of polyculture, maraîchage and viticulture. Three machines were built under the brand name “Energic”. 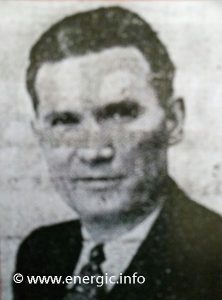 However, these motoculteurs also had their drawbacks, difficulty to steer, poor lateral stability, poor turning circle for the small parcels of land used by the viticulturist. Some 28 motoculteurs were produced, of this design, and 12 were sold. The size of the machine was dictated by the viticulture requirements to work on small parcels of difficult terrain, mainly on hillsides. In the Lyonnaise area. 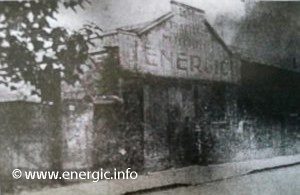 The original workshops for the Energic Brand

Before any more were sold, Mr Patissier, at his own cost, recalled these faulty designs motoculteurs on the understanding that he would correct them fit for purpose. This was a very generous thing to do and fiscally very risky, as his fledgeling company had meagre resources. This was make or break for Mr Patissier and the fledgeling Brand Energic! It actually became was the bedrock of the Energic companies work ethic moving forward, trust, honer able and honest using the best materials available with the latest technology. These first motoculteurs were replaced by what we recognize as the Energic B, and C ranges of the future. Also interestingly the colour changed from the original blue to red with all 2 wheel drive machines of that date. (information from archives supported by Mr Jean Fleitou – who worked for Mr Patissier from the first machine production till 1967).